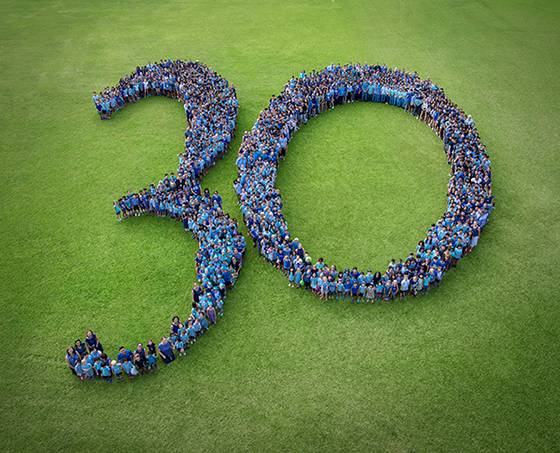 The United Nations International School Hanoi (UNIS Hanoi) was established under a 1988 Memorandum of Understanding (MOU) between the Government of Viet Nam and the United Nations. The MOU required UNIS Hanoi to adopt a Constitution. A Certificate of Incorporation for UNIS Hanoi was issued April 7, 1989, and amended December 14, 1999.

The UNIS Hanoi Constitution was first adopted in September 1989, and was last amended May 21, 2013. The Constitution is the principal governance document for the School, providing an overarching framework, fundamental rules and principles that form the foundation for the School’s stability. The Board is responsible for upholding the Constitution and can amend it, subject to the approval of United Nations Resident Coordinator in Viet Nam, following processes outlined in the Constitution and Board Operating Regulations.

Current governance documents guiding the work of the Board and the School are as follows:

A. UNIS Hanoi Constitution (Adopted September 1989 and last amended April 9, 2013).
B. UNIS Hanoi School Policy Document (SPD). (Adopted June 2009, last revised 4 June, 2019). School policies are directives adopted by the Board on the purpose, direction, or limitation which serve as parameters within which the school operates that enable the school to achieve its mission. School policies guide the school administration and other stakeholders as to the Board’s official intent or position on a given issue.
C. UNIS Hanoi Board Operating Regulations (BOR) (First approved March 2010, last revised 4 June, 2019). The BORs are approved by the Board to govern the way the Board operates.
D. School Operating Regulations (SOR) (under development). The SORs are prepared and approved by the Head of School to provide detail how school policies are to be implemented.
The SPD, the BOR, and the SOR are consistent with the UNIS Hanoi Constitution (which forms the foundation of the governance system) and relate to each other as depicted below. 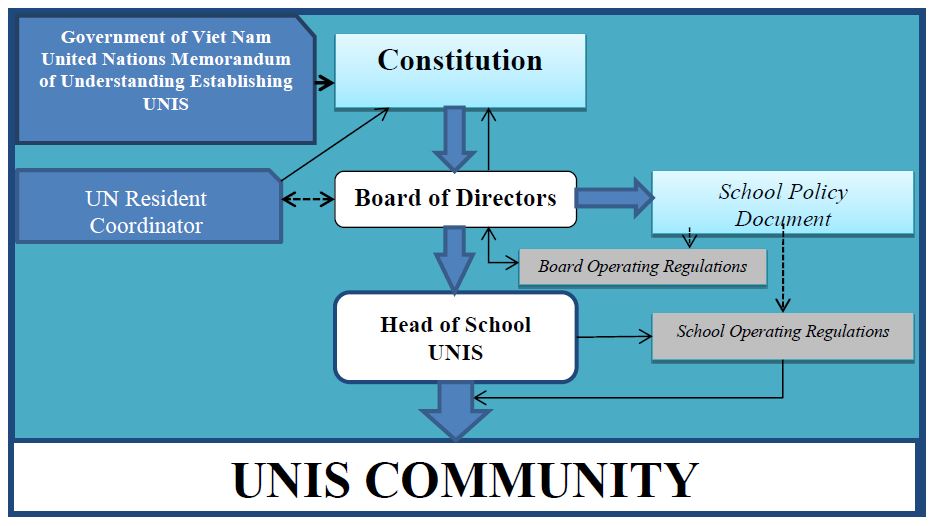